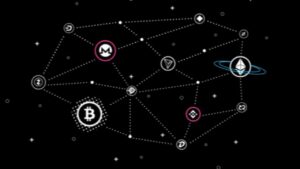 Both Ethereum 2.0 and Polkadot are promising sharding-based protocols overcoming the scalability challenges facing legacy blockchains. Although slightly different, together, the Relay Chain and Beacon Chain represent another significant leap forward, especially for interoperability.

Partitioning the Problem: Sharing the Load via Sharding

Scalability has been a hotly debated topic after networks bumped up against the limits over the last year. Yet, long before it entered the mainstream conversation, developers postulated several angles of attack. Despite the triumphant launch of layer 2 approaches in 2021, layer 1 sharding solutions have long been in the pipeline.

When it comes to partitioned blockchain protocols, Polkadot and Ethereum 2.0 represent the most prominent names pursuing this scalability avenue. These partitions, or shards, are a means of executing transactions in separate shards along with a protocol to send messages between shards. Through sharding, both networks deliver an excellent solution to significantly increase network performance and capacity without increasing node hardware requirements or reducing the degree of decentralization.

We can’t deny the fact that at the core technical level, Polkadot draws many references from Ethereum. However, when it comes to technology, especially how Polkadot and Ethereum 2.0 are applying the concept of sharding, there are several significant differences that developers and users should consider.

For starters, all of the shards in Ethereum 2.0 have the same state transition function (STF), which provides an interface for smart contract execution. As such, contracts on a single shard can share asynchronous messages with other shards. The base layer (main chain) of Ethereum 2.0, referred to as the Beacon Chain, enables the execution of smart contracts and transactions via the eWasm (Ethereum Wasm) interface. By design, Ethereum 2.0 will support 64 shards, wherein each shard will represent a blockchain and transactions executing on that blockchain.

Polkadot uses a different variation of sharding. The network has a main chain called the Relay Chain. Shards on the Polkadot network are called parachains, which can also execute parallel transactions, and are associated with the Relay Chain. Unlike Ethereum 2.0, which currently supports 64 shards, Polkadot currently supports 100 parachains (shards), and each of these parachains doesn’t rely on a single interface like ETH 2.0’s eWasm. Instead, each parachain can individually connect to the Relay Chain, giving developers on these parachains the flexibility to determine their own rules regarding how it changes state.

Simply put, think of Ethereum 2.0’s Beacon Chain as a USB port and shards as USB cables. Only those shards that have the right shape of a USB cable can connect to the USB port. On the other hand, Polkadot’s Relay Chain serves as a universal socket, meaning all parathreads can seamlessly connect to it.

Other than this, the governance process for Ethereum 2.0 is proposed to follow an off-chain model, which will require a hard fork. But Polkadot’s governance model is on-chain and enacted autonomously, giving it the ability to upgrade more seamlessly. Finally, the underlying validator selection mechanism for both also differs given that Polkadot offers strong availability and validity guarantees with a smaller number of validators per shard.

A Glimpse Into the Future Based on the Present

Development and implementation of Ethereum 2.0, also called Serenity, is currently in progress. At present, the Beacon Chain is live, bringing staking to Ethereum and laying the groundwork for future upgrades. However, the merger of Mainnet Ethereum with the Beacon Chain and the addition of Shard Chains will be gradually rolled out in phases. Forecasts are anticipating a 2022 launch, although large recent purchases of Ethereum mining equipment mean certain stakeholders aren’t convinced that timely release is around the corner.

Meanwhile, as a next-generation blockchain project, Polkadot has garnered much attention since 2020. The platform, frequently dubbed the Ethereum Killer despite the tired nature of that overused trope, has established itself as a potential alternative that solves the scalability challenges of Ethereum.

Polkadot’s testnet Kusama is already up and running on a similar sharding model to great success, following multiple crowd loans and millions of transactions processed, with several promising projects bidding for the limited para chain slots. Now, Polkadot para chain slot auctions are arriving in November as the project enters the fifth and final phase of its launch process, beating Ethereum to the sharding punch.

While the sharding competition won’t necessarily result in a winner-take-all outcome, Polkadot is at least a couple of years ahead of Ethereum 2.0. Still, Ethereum’s vast ecosystem shouldn’t be discounted despite the interoperability aspirations of many eager projects bidding on Polkadot’s para chain slots. However, instead of viewing the two chains in competition for higher TVLs or more dapps, it’s better to frame the relationship within the context of added utility for the greater cryptocurrency ecosystem.

It will be intriguing to see how both platforms interact once all Ethereum Improvement Proposals (EIPs) for Ethereum 2.0 have been implemented and Polkadot parachains are connected to the Relay Chain. Assuming everything goes according to plan, the networks can complement each other to deliver an interoperable foundation for next-generation decentralized apps (dapps) and decentralized finance (defi) protocols, supporting higher throughput, lower costs, and scalability to support expanded blockchain use.

Which will reign supreme — Polkadot or Ethereum? Let us know what you think in the comments section below.

The post Polkadot and Ethereum 2.0 — A Look at the Solutions Building the Scalability of Tomorrow appeared first on https://cryptoscoop.news